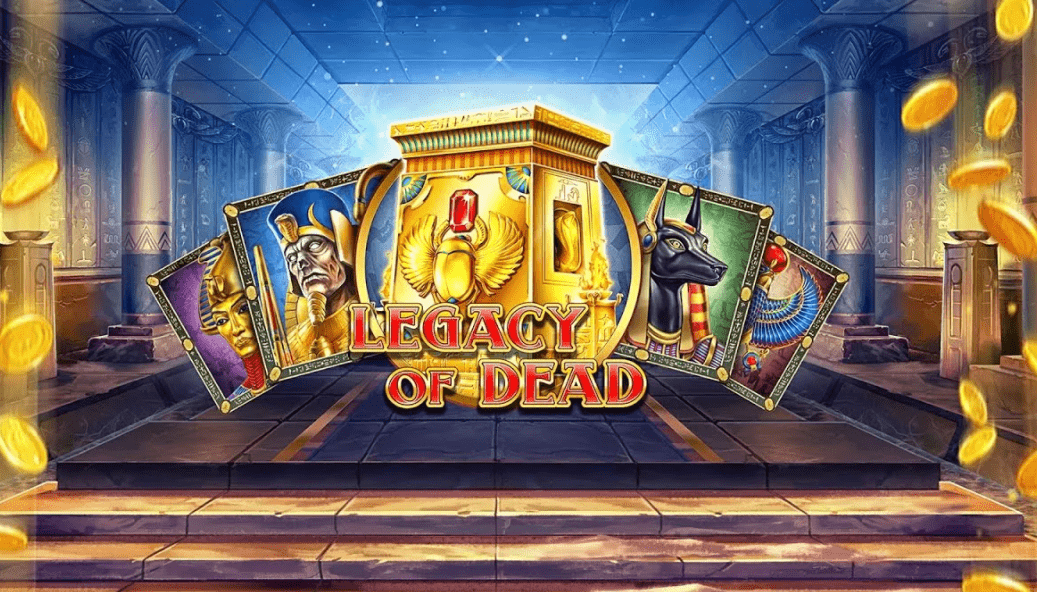 Meet another GGBet slot game in the style of beloved books and ancient Egyptian themes called Legacy of Dead.

Yes, yes, yes, you heard right, the Legacy of Dead slot is another mix of Play’n GO slots with an Egyptian theme and expanding symbols. Honestly, it looks very strange, because slots with overlapping names and similar gameplay began to appear in the portfolio of this developer more and more often. It is enough to recall previously released games, including Doom of Egypt, Legacy of Egypt, Rise of Dead, Book of Dead, etc. This time, the creators of Play’n GO drew our attention to the Legacy of Dead slot, which combines the names of two other games, Legacy of Egypt and Rise of Dead, and we will tell you what came out of it below.

When you open the Legacy of the Dead slot, you will once again have to travel to Ancient Egypt to discover the secrets and mysteries hidden there. In fact, the graphics of Legacy of Dead do not offer us anything new, but rather everything that we have seen before. The main action of the Legacy of Dead slot takes place in an ancient Egyptian temple surrounded by tall columns and hieroglyphic walls, and the game table consists of five reels and 10 paylines.

The images entered here, which are a mix of symbols from the aforementioned slots, remain unchanged. A character set consisting of the names of cards from 10 to A, Horus, Pharaoh, Anubis and Tutankhamun will assist in creating the combinations. However, the most important and distinctive symbol in the game is the mortuary chamber as it is a symbol that will help you activate the free spins round as well as replace any symbol from the paytable should the need arise.

As mentioned above, the Legacy of Dead slot is another book slot. Why books, because there is not even a book symbol? Well it’s simple because instead of books we have a tomb chamber which acts as a wild and scatter symbol. Probably the game developers changed the main symbol, they wanted to diversify the slot in this way. But the only bonus feature in the form of the free spins feature is already known, but with some additions.

When two, three, four or five scatters in the form of a burial chamber appear on the playing field, you will receive an instant win, just as three scatter symbols scattered on the reels activate the free spins round consisting of 8 free spins. Before they are triggered, a scroll is scrolled and one of the pictures in the winnings table is randomly selected to become a special symbol. When this special symbol lands on the playing field, it expands to cover the entire reel. If you hit 3 consecutive scatters during the bonus round, you will receive 8 additional free spins.

But the main feature of Legacy of the Dead is that every time you restart the free spins a new symbol will unlock that will act as a special character. It turns out that in theory you will have the option to make all symbols special, which means that your chances of filling the entire playing field with one symbol increase significantly.